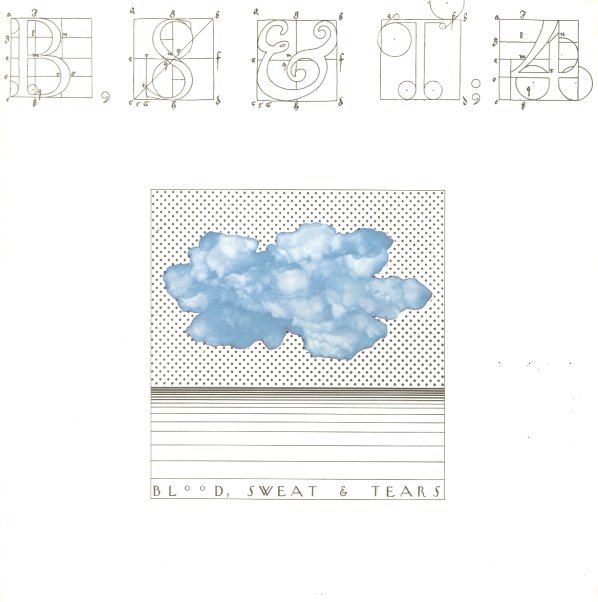 We never really know whether we want to call Blood, Sweat & Tears a funky, soulful rock band, or a bunch of white guys making a respectable effort at curring soul albums, but either way, the stuff sounds good to us! By this point the group had enjoyed enough chart success to stretch out a bit, but their signature horn driven combination of bluesy rock bluster and heavily charted jazz voiced riffery is still in place. Includes "Go Down Gamblin'", "John The Baptist (Holy John)", "Redemption", "Lisa Listen To Me", "High On A Mountain", "Take Me In Your Arms (Rock Me A Little While)" and "Mama Gets High".  © 1996-2022, Dusty Groove, Inc.
(In the tri-fold cover, with light wear, name in marker & pen on cover & labels.)

3
Columbia, 1970. Very Good Gatefold
LP...$5.99
Blood Sweat & Tears are really stretching out here – working their already-famous magic through a range of great tunes, both originals and covers – and coming up with some great longer-form expressions of their sound in the process! David Clayton-Thomas is firmly in the lead on ... LP, Vinyl record album

Child Is Father To The Man
Columbia, 1968. Very Good
LP...$3.99 5.99
A wild debut from Blood Sweat & Tears – one of those records that forever changed the face of popular music! The set's noteworthy not just for early vocals from Al Kooper – who was a key part of the group at their start – but also for key production work from a young John ... LP, Vinyl record album

Blood Sweat & Tears
Columbia, 1968. Near Mint- Gatefold
LP...$7.99
A stone classic from Blood Sweat & Tears – and a record that went onto have a tremendous impact in jazz, rock, funk, and soul! The group's format is plenty darn famous – adding a lot of horns to hip riffing grooves – but despite countless plays on oldies stations over the ... LP, Vinyl record album