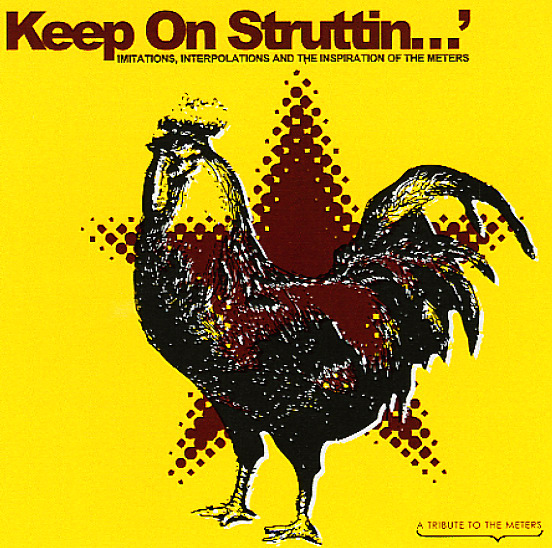 A massive tribute to The Meters – one that features rare versions of some of their best funky classics! If you dig The Meters, you'll no doubt recognize most of the tunes – but you've probably never heard them in these versions before – as most of them are pulled from the farthest reaches of the 60s and 70s funky underground! Most numbers change things up a bit in terms of instrumentation – using a guitar where you might normally hear an organ, tipping the rhythm a bit more towards one speed or another – but all of them continue strongly that chunky, gritty approach to instrumental funk the New Orleans combo first forged in the late 60s – a legacy that still lives on in lots of current work, but which sounds even fresher in these rare gems from years back. There's also a few original compositions by some of these artists, but they're all tunes that fall strongly within a classic Meters groove – and titles include "Cissy Strut" by Rod Piazza, "Flight Of The Phoenix" by Dennis The Fox, "Slot Machine" by Duke Of Burlington, "Cissy Strut" by King Herbert & The Knights, "Cardova" by Syd Jones & The Gay Troubadours, "The Cissy's Thang" by The Soul Seven, "Look Ka Py Py" by The Invaders, "Chicken Strut" by King Herbert & The Knights, "Madrox" by Big Band Katouuice, "Cissy Strut" by Sacramento Senior High School, "Big Splash" by Band It, and "Soul Heart Transplant" by Ebony Rhythm Band.  © 1996-2021, Dusty Groove, Inc.