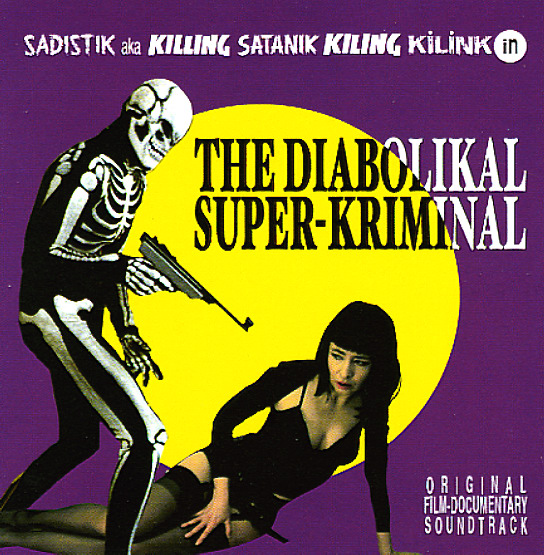 New music, but all recorded with an older Italian soundtrack feel – cuts that recall the spookier modes used in the famous Satanik, Diabolik, and Kriminal films of the 60s, with a few later elements as well! The music here is performed El Reverendo M, but the set also features contributions from Neuropa, Mirco Martelli, and Charles E Hall Band – all artists who mix in plenty of spooky keyboards, weird bits, and occasional spacier touches – almost an early 80s Cosmic nightclub twist, added to the soundtrack inspiration for the tunes! Most numbers are stark and spare, with a chilling feel to match the images – even when grooving – and titles include "The Man Behind The Mask", "The Way Of Killing", "Satanik Dream", "Liberazione Dana", "Vamos A Killing Companeros", "Sonatine For The Diabolikal Super Kriminal", and "Open Air".  © 1996-2022, Dusty Groove, Inc.