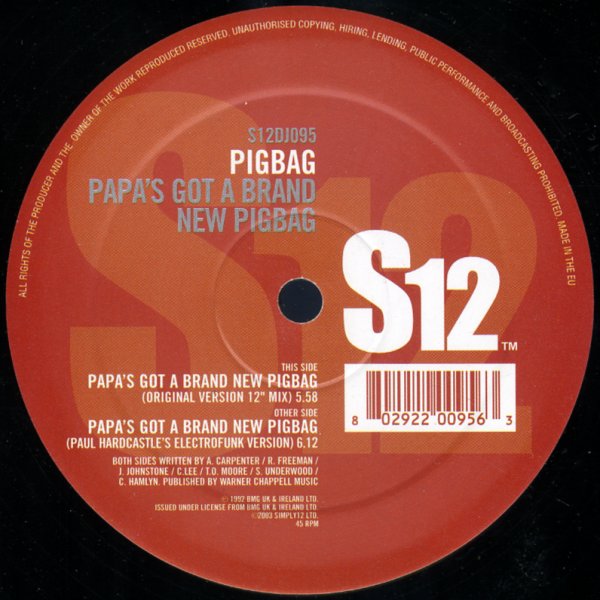 Classic work from Pigbag – funky, punky, and with an aggressive stance on the dancefloor! Plus, the electrofunk version is produced by Paul Hardcastle!  © 1996-2021, Dusty Groove, Inc.
(Simply Vinyl pressing, in the original sleeve.)