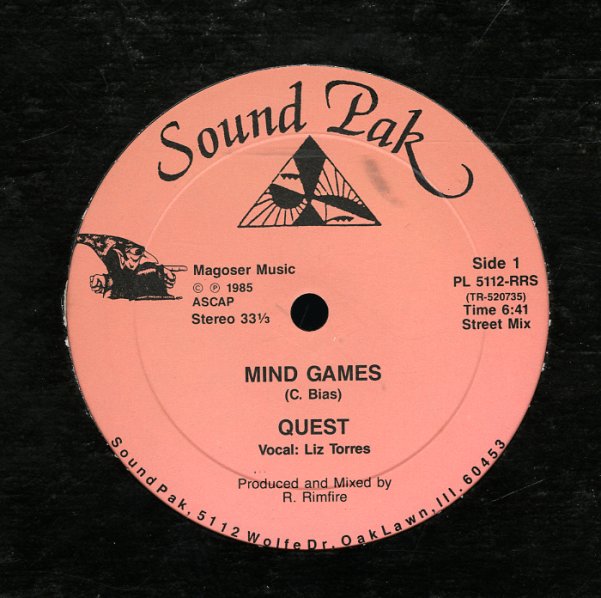 A classic bit of underground from Chicago – featuring vocals by a young Liz Torres, over heavy beats and some tightly snapping grooves. There's a lot of tasty deep house riffing in the mix – with plenty of bass-heavy keyboards grooving in a very moody way!  © 1996-2021, Dusty Groove, Inc.