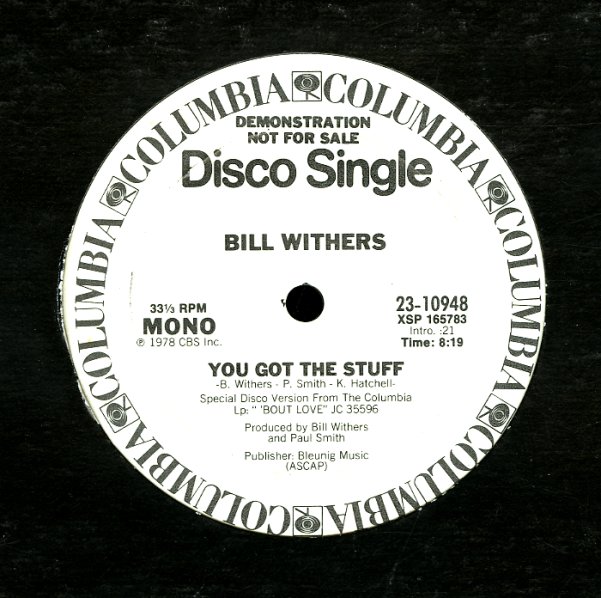 You Got The Stuff (mono, stereo)

(White label promo in a 'Disco Single' sleeve, with some ring and edge wear.)