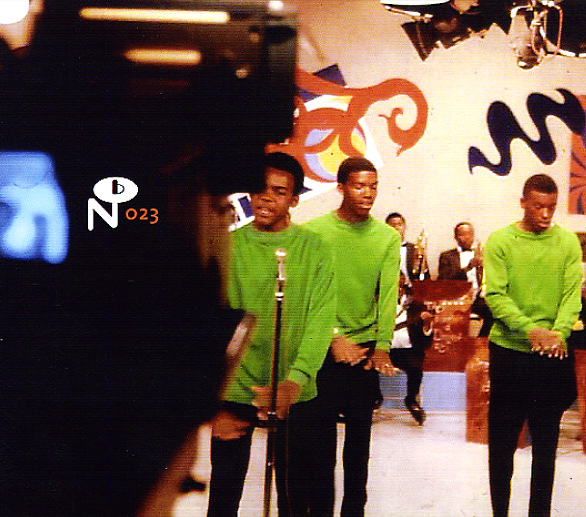 A treasure trove of soul from the East St Louis scene – all of it recorded under the Young Disciples program – an effort to keep kids off the streets, and one with some very funky results! Although set up as a social program, Young Disciples had some amazing cultural results – a legacy of very hip music with a full range of soulful expression – mellow harmony soul, upbeat group numbers, hard-edged funk, and quick-stepping dancers – all packaged together here beautifully by the Numero group! Like all of their other releases, the album's more of a musical story than just a simple compilation – packaged with a wealth of detailed notes and vintage photos from the Young Disciples project – more than enough to keep your eyes occupied while you listen to the wonderful grooves in the set. The whole thing's one of the heaviest releases to date from Numero – and the set features 21 tracks that include "Would You Rather" and "Hard Hard" by The Georgettes, "The World Is Changing" by LaVel Moore, "Crumbs From The Table" and "Girls Girls Girls" by The Young Disciples Co, "Third Flight" by Third Flight, "Tears" by Debonettes, "It's Not Your Business" by Sharon Clark & The Product Of Time, "Country Loving Country Style" by Bobby McNutt, "I Love You" by Dauphin Williams, "Anyone Or Anything" by DeDe Turner Happening, "People" by Ames Harris Desert Water Bag Company, and "Homeboy" by Eddie Fisher & Allan Dealth Merry. LP comes in a super-heavy deluxe sleeve – with a bonus pull-out brochure on the YoDi label!  © 1996-2021, Dusty Groove, Inc.

Taana Gardner
West End (UK), 1979. New Copy 2LP (reissue)
LP...$30.99
The only full length album cut by singer Taana Gardner – quite a surprise, given how much impact she had on the clubs with her 12" singles at the start of the 80s! The album's got Gardner as a much richer singer than you might expect – able to lay back on a mellow track as well as ... LP, Vinyl record album