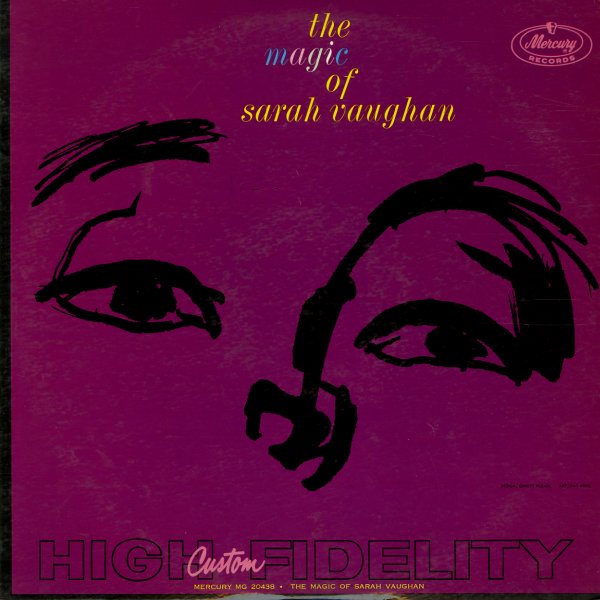 Plenty of magic here – a record with a different sound than some of Sarah Vaughan's earlier work – but one that's still pretty great! The backings here bring in plenty of strings, and a bit of voices – going for a full feel that's a bit like some of the country soul albums of the period – although Sarah herself is far from country, and nicely poised throughout. A number of the tunes are standards, but they have a different sort of feel in this setting – and Vaughan's vocals float nicely over the top, tying the whole thing together on tunes that include "That Old Black Magic", "Carefree", "Separate Ways", "Mary Contrary", "I've Got The World On A String", "Love Is A Random Thing", and "Sweet Affection".  © 1996-2021, Dusty Groove, Inc.
(Mono black label pressing with deep groove.)

I Love Brazil
Pablo, 1977. Near Mint-
LP...$8.99
Sarah does love Brazil – and the album's one of a number recorded in a Brazilian mode later in her career – in a way that really helped her breathe new life into her music by finding a different groove to work with! The arrangements here are relatively full – handled by Edson ... LP, Vinyl record album