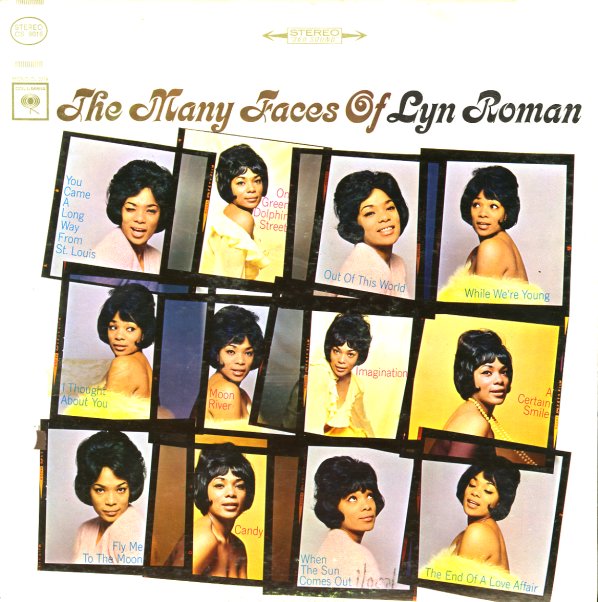 Many Faces Of Lyn Roman

A bit jazz, a bit soul, and a great little set from Lyn Roman – a lesser-known vocalist from the 60s, but one who could have easily cracked the mainstream! The set's in a space that's somewhere between Etta James and Nina Simone, produced with a bit of a country soul feel by Clyde Otis – who uses fuller strings alongside bluesier rhythms, plus some backing vocals that link the record to similar efforts from Brook Benton or Ray Charles! Lyn's got vocal pipes that really burst out strongly at times – searching her way through the mellower tunes especially, in ways that remind us of James, but are slightly more poised as well. Titles include "On Green Dolphin Street", "Fly Me To The Moon", "A Certain Smile", "The End Of A Love Affair", "Imagination", and "Moon River".  © 1996-2021, Dusty Groove, Inc.
(360 sound stereo pressing. Cover has a promo stamp on the back.)

Go All The Way
T Neck, 1980. Sealed Gatefold
LP...$14.99
It's the end of the 70s, and the Isleys are still going strong – keeping it real by dropping some of the fake funk of a few years before, and going for a smooth soul sound that would be one of their biggest strengths during the early 80s. This sound can be heard to perfection on the tracks ... LP, Vinyl record album

Let Me Touch You
Philadelphia International, 1987. Sealed
LP...$9.99
Proof that the O'Jays fire can never die – because even though the instrumentation is slightly dated at times, this set sill has the group shining strongly on the vocal tip – hitting some great harmonies on the mellow cuts, and stepping out boldly on the more upbeat ones. Things are ... LP, Vinyl record album