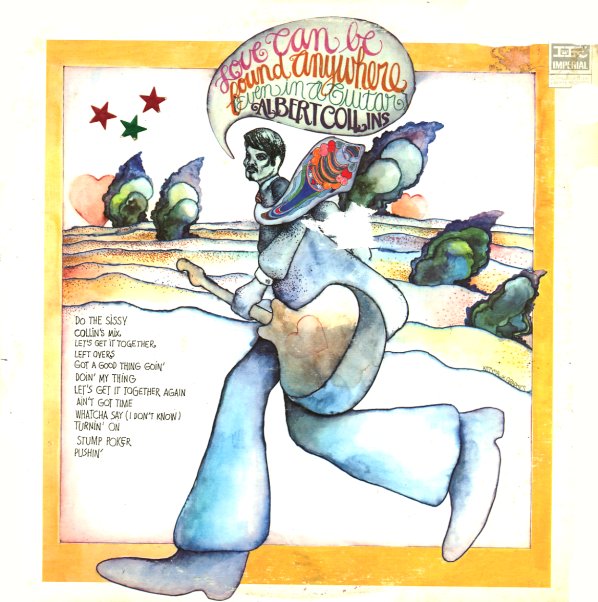 Love Can Be Found Anywhere (Even In A Guitar)

Damn great work from Albert Collins – one of those hard-edged gems from the early days that's a lot more funk than his later blues! Sure, there's still plenty of blues here – but the rhythms are pretty funky too, and the album's got some great raw production from Bill Hall – free from any of the blues cliches that were creeping into other artists work from mainstream attention – and still cooked up with a really gritty edge overall! Titles include the funky monsters "Doin My Thing" and "Do The Sissy" – plus "Collins Mix", "Trunin On", "Stump Poker", "Let's Get It Together Again", and "Left Overs".  © 1996-2021, Dusty Groove, Inc.
(Original stereo pressing – very nice!)