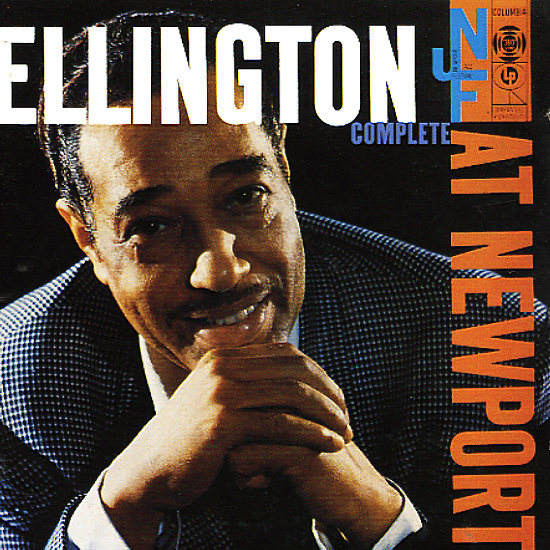 One of the first albums to ever issue recordings made at the Newport Jazz Festival – quite a big hit, and the beginning of a real trend in jazz! The set's also some great work by Duke – free to perform in a setting that's not bound by some of the time restrictions of earlier years, which lets him offer up three long tracks with a great deal of sophistication over previous recordings. Titles include "Jeep's Blues", "Diminuendo & Crescendo In Blue", and "Newport Jazz Festival Suite".  © 1996-2022, Dusty Groove, Inc.
(Mono 6 eye pressing with deep groove. Cover has light wear.)