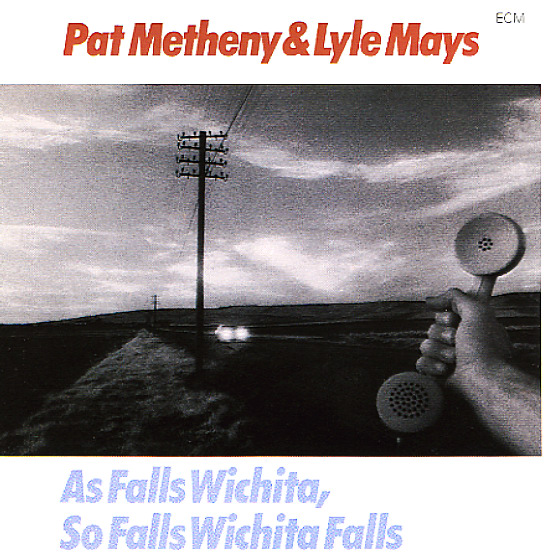 One of our favorite Metheny moments ever – and one of the few albums of his that we can go back to, and still enjoy heartily! The album's wonderfully stripped down – and features only guitar by Metheny, keyboards by Lyle Mays, and percussion and vocals by Nana Vasconcelos, all blended together with some sublime ECM production by Manfred Eicher, who's really got "the sound" in full effect here, pillowtizing all the instrumentation into wonderful washes of color and tone. The standout track is the 20 minute epic "As Falls Wichita, So Falls Wichita Falls" – and other tunes include "It's For You", "Estupenda Graca", and "Ozark".  © 1996-2023, Dusty Groove, Inc.
(Original US pressing, no barcode – still sealed! Cover has a small cutout mark.)