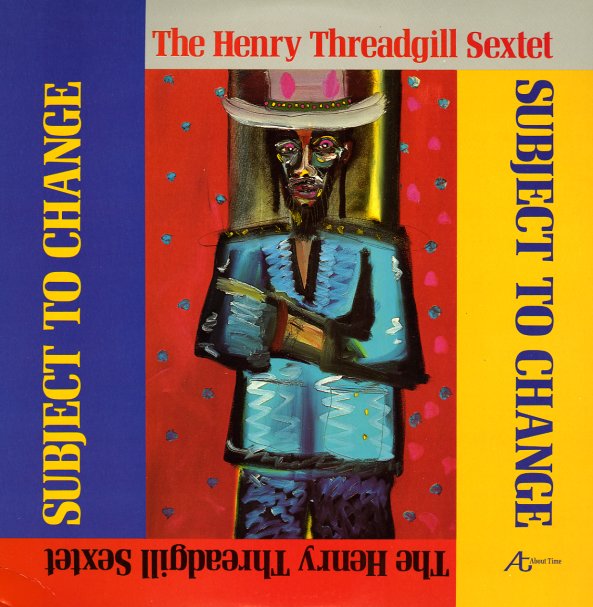 Compelling compositions from the great Henry Threadgill – recorded here with a really like-minded batch of players who perfectly help him realize his musical vision! There's a nicely snakey feel to some of the tunes here – almost a journey in jazz expression from the left side of the spectrum – lead with a bit more strength than some of Threadgill's other contemporaries, but still allowing plenty of room for solo expression! Two percussionists drive the ensemble – Pheeroan Aklaff and John Betsch – and other players include Ray Anderson on trombone, Rasul Siddik on trumpet, Fred Hopkins on bass, and Deidre Murray on cello – as well as Threadgill himself on flute, alto, tenor, and clarinet. Amina Claudine Myers contributes vocals on one number – "A Piece Of Software", which features lyrics by Cassandra Wilson – and other titles include "Just Trinity The Man", "Homeostasis", "Higher Places", "Subject To Change", and "This".  © 1996-2022, Dusty Groove, Inc.
(Original pressing. Please Note – these are in the original shrink wrap which has aged some and may be split, but are still unplayed.)

Unpredictability Of Predictability
About Time, 1979. New Copy
LP...$9.99 11.99 (LP...$34.99)
A great solo performance from Jerome Cooper – not just drums and percussion, but work on flute, balaphone, and other instruments too! Cooper really brings all of his most thoughtful elements into play here – working slowly, and covering space with ideas that really take some time to ... LP, Vinyl record album