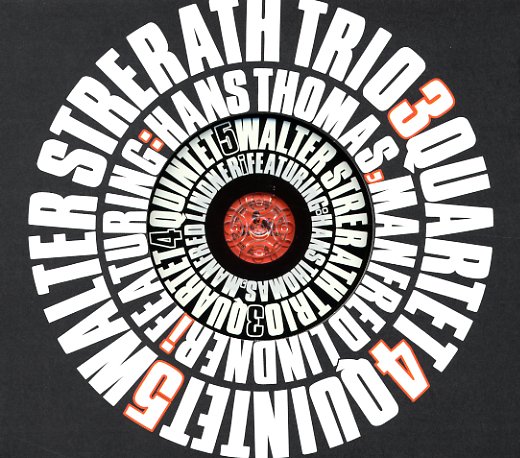 Soulful jazz from the German scene of the 60s – a sweet little album that features pianist Walter Strerath in three different settings! Strerath is already great on the trio tracks – mixing 60s soul jazz modes with some of the groovier, more rhythmically open modes of the European scene at the time – and the addition of horn players on some of the quartet and quintet numbers further sparks up his sound – making for a set that really explodes with a great deal of color and feeling! Most of the music here is quite mature – original tunes that get way past familiar expectations of the 60s scene, with a depth of writing that really surprises us, and which almost makes the album feel like one from a decade or so later. Core rhythm is from Andreas Scheel on bass and Gerd Putz on drums – and horns are by Hans Thomas on trumpet and Manfred Linder on alto and soprano sax – the last of which makes for some nicely sharp edges! There's a great blend of modal groovers and more hard-handed soul jazz sides – and all tunes are all original, and include "Watermelon Girl", "Speed Up", "3/4 In Minor", "Rainy Day", "Little Ya Ya", "The Unknown", and "Waltz For Ellen". Great package too – with the die-cut image of the original record cover!  © 1996-2022, Dusty Groove, Inc.