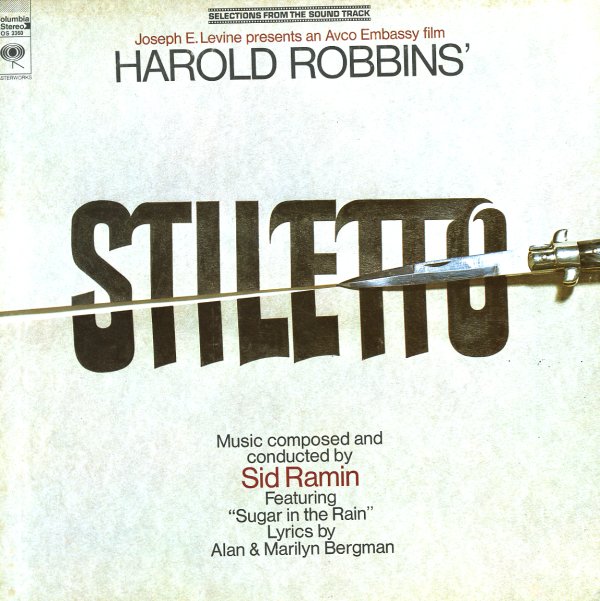 Fantastic stuff – and one of the grooviest soundtracks you'll ever hope to own! Sid Ramin did a heck of a lot of work for TV soundtracks by the time this one came out – and he took all that experience, and came up with some fantastically swinging jazz tracks that have a sock-mod 60s groove! Hammond organ dances around the best numbers – blasting out with horns on variations of the very catchy "Stiletto" theme – and other great cuts mix flute, strings, and a bit of harpsichord or piano – creating that cool 60s easy sound that never gets old in our book! Titles include "Confrontation", "Goat Island", "Follow That Man", "Stiletto", "Tram", and the classic "Sugar In The Rain", a great light bossa number with some dreamy vocals from Sally Stevens!  © 1996-2021, Dusty Groove, Inc.
(360 Sound stereo Masterworks pressing.)