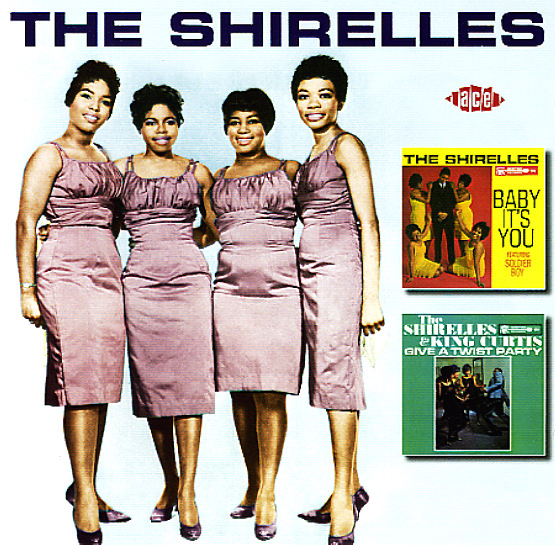 Girl soul heaven – two 1962 albums from The Shirelles, back to back on CD with bonus tracks too! First up is Baby It's You, a great one from The Shirelles – the album that carries their big hit "Soldier Boy", and which features a fair bit of other great tunes too! Many of the numbers here aren't well-known hits – either by the group or other artists – and they make for a nicely fresh sound that shows that the girls have a lot more to offer than just a few familiar oldies singles. Production has a nice sad-tinged, late nite quality – and titles include "Baby It's You", "Irresistible You", "Voice Of Experience", "Big John", "Twenty One", "A Thing Of The Past", "Putty In Your Hands", and "Make The Night A Little Longer". On Shirelles & King Curtis Give A Twist Party, Curtis and the girls trade tracks back and forth on this sweet LP that's probably one of the rawest efforts we ever heard on Scepter! Forget the "twist" in the title, because this is mostly R&B stuff with a nice nice groove. The Shirelles do their usual girl group thing, but with an uptempo sound, and less of a pop feel. Curtis plays tenor and sings a bit, and turns in some nice tracks that rank with his work for the Fire/Fury label. Titles include "Mister Twister", "Potato Chips", "Mama, Here Comes The Bride", "Take The Last Train Home", and "Love Is A Swinging Thing". CD also features 3 bonus tracks too – "I Saw A Tear (single version)", "Baby IT's You", and "Hurry Home To Me (Soldier Boy)" by Valli.  © 1996-2021, Dusty Groove, Inc.