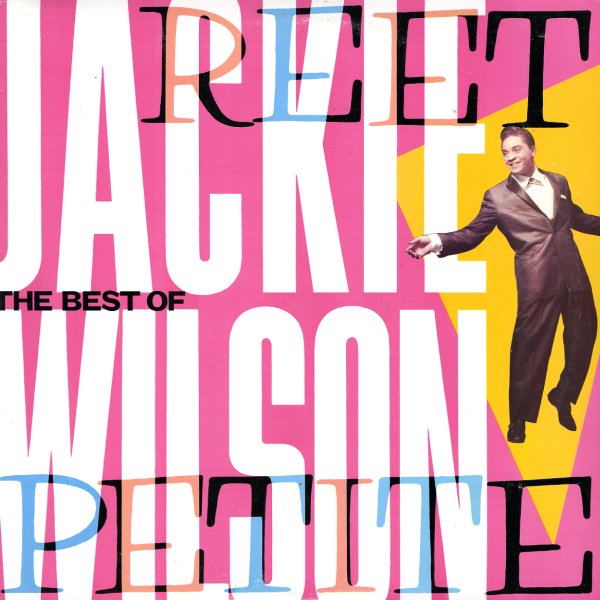 Classic soul from Jackie! The record's an 80s CBS collection of some of his best singles for Brunswick from the 60s – seminal Windy City soul numbers that include quite a few that were penned by Berry Gordy back in Jackie's early days. 12 numbers in all, with titles that include "Lonely Teardrops", "Reet Petite", "To Be Loved", "I'll Be Satisfied", "That Is Why (I Love You So)", "Baby Workout", "Whispers (Getting' Louder)", "I Get The Sweetest Feeling", "You Better Know It", "Talk That Talk" and "Doggin' Around".  © 1996-2022, Dusty Groove, Inc.
(Mid 80s issue, still sealed with a cutout hole.)

Letter To Myself
Brunswick, 1973. Very Good+ Gatefold
LP...$11.99
Perhaps the most heavenly of all the Chi-Lites albums, with soaring harmonies leaping all over beautiful Chicago soul production, and loads of great heartbreaking stories unfolding as the whole thing spins away! A true masterpiece from the Chicago scene – and filled with loads of wonderful ... LP, Vinyl record album

Rise & Shine!
CBS, 1976. Very Good+
LP...$7.99
Second LP from this slick British funk outfit, with a soulful jazzy edge like many of the bigger acts of their day. The record has a surprisingly tight, compressed groove, considering the band is a bunch of long haried Brits in dirty t-shirts (at least from what we can tell), but it's the mellower ... LP, Vinyl record album

Love Is Back
CBS, 1979. Very Good
LP...$6.99
Very nice comeback album by Love Unlimited, and one that still features Barry White at the helm. The music's a nice mix of midtempo modern soul groovers, with a lot of tracks that have an excellent steppers groove to them. With the cuts "I'm So Glad That I'm A Woman", "High Steppin ... LP, Vinyl record album

Toby
Brunswick, 1974. Very Good
LP...$7.99
A sweet soul killer from The Chi-Lites – and record that really shows them as one of the greatest harmony groups to ever come from Chicago! The vibe here is a bit more mellow than on previous records – and the trio step into some sublime ballads and love songs that really blow us away ... LP, Vinyl record album

First Time Around
Brunswick, 1974. Sealed
LP...$14.99
A lost set of female soul tracks – recorded in the waning years of the Brunswick label, when they were really experimenting with some great obscure groups, most of whom got lost in the tax shuffles of the label's demise! Odyssey 5 hail from North Carolina, and they've got an ensemble female ... LP, Vinyl record album

What Happened
Brunswick, 1969. Very Good+
LP...$29.99
A stunning early set from The Artistics – and exactly the kind of record that shows why they were one of the best Chicago soul groups at the end of the 60s! The harmonies are wonderful – smooth, but with a rough undercurrent too – balanced at a level that few groups could touch ... LP, Vinyl record album