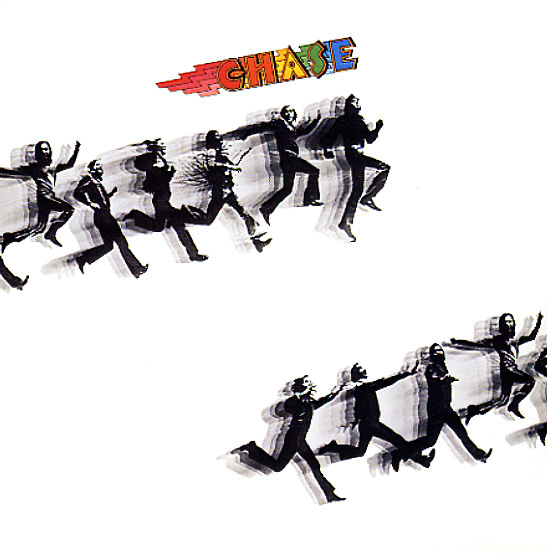 The debut album from Chase – one of the hippest jazz rock combos of the 70s! The self-titled Chase album first burned onto the market in 1971 – and it's a great distillation of a groove that was bubbling around in various other segments at the time – some of the tighter big band rhythms of the late 60s, as you might find in the work of Maynard Ferguson or Woody Herman – mixed with the hipper rhythms from the rockish underground, particularly in the work of Blood Sweat & Tears or Chicago. Chase is a fair bit jazzier than both of those groups – as they often put the horns more upfront than the vocals – although most numbers do have some sort of vocals as well. Instrumentation is heavy on trumpets – which come together in blasting, blaring groove, even despite the smaller size of the combo – and Phil Porter lays down some great keyboard lines that really help some of the best tracks cook nicely. Titles include "Handbags & Gladrags", "Livin In Heat", "Open Up Wide", "Hello Groceries", "Boys & Girls Together", and "Invitation To A River".  © 1996-2021, Dusty Groove, Inc.
(Yellow label stereo pressing. Cover has light wear and a small promo sticker on back.)