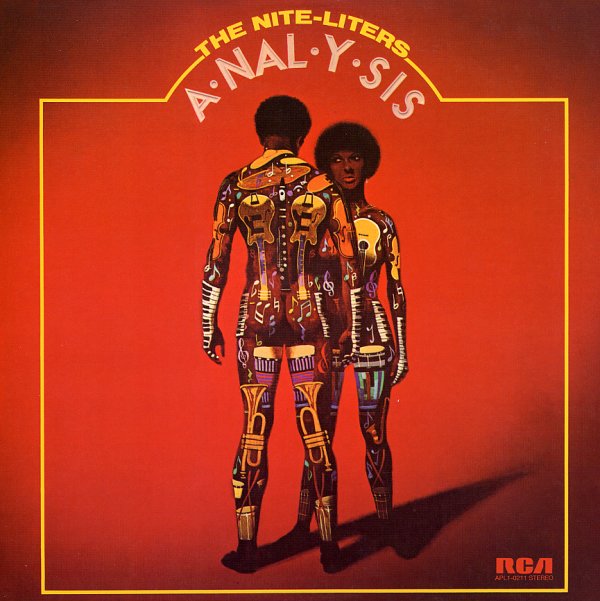 A masterpiece of hard and heavy funk – from one of the best bands of the early 70s! The Nite Liters were a legendary funky combo that provided the backing for some of New Birth's best albums – but on their own, they were even funkier, and had a sound that was part JBs, part Meters, and all funky! This album may well be the group's best – their last for RCA, and a set that really has them honing their edge incredibly. The drums are amazing, the keyboards great, and the horns have this quality that's both complex, yet right on the money – making for a richness in sound that really sets the group apart from their contemporaries. A few singers from The New Birth provide chorus vocals on a few tracks – but most of the set is instrumental, and the record's one we'd gladly stack next to our Meters albums on Josie or JBs classics on People. Every track's a gem – and titles include "Drumology", "Excuse Me While I Do My Thing", "Serenade for a Jive Turkey", "Happy Hooker", "Craaashing", "Damn", "Pee-Foul", and a sweet cover of "Valdez in the Country" that's been sampled at least once over the years!  © 1996-2022, Dusty Groove, Inc.
(On the Dusty Groove label.)

Sweetest One
RCA/Dusty Groove, 1967. New Copy
CD...$5.99 12.99
One of the greatest Northern Soul albums ever – completely great all the way through, and filled with songs that have been burning up dancefloors for years! The vocals are incredible – soaring harmonies that hold together perfectly, even when the grooves are hard and heavy – and ... CD