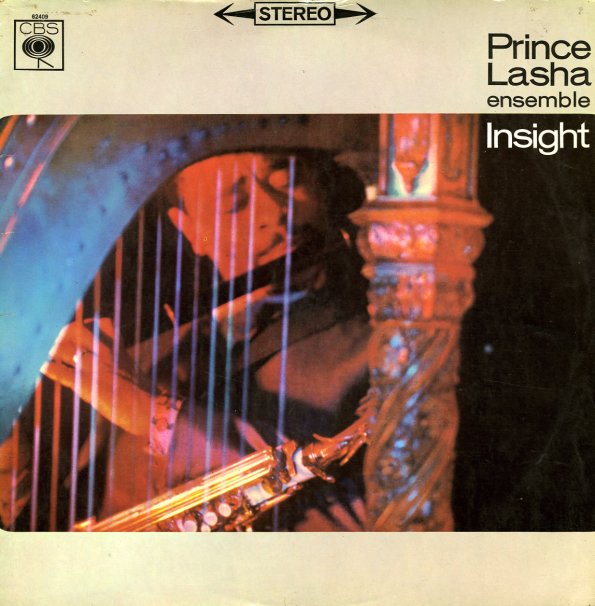 Tremendous work from the legendary Prince Lasha – a rare UK-only date from 1966 – and one that has the reedman working away from more familiar contemporaries like Sonny Simmons and Eric Dolphy! The approach on this session is very unique – as Lasha includes harp with the instrumentation, played by David Snell in a style that's right up there with Dorothy Ashby's best jazz work. Pianist Stan Tracey is also on board – playing beautiful notes that have a sharp modern edge, while still falling on the inside of the spectrum – and Lasha himself is especially great – blowing plastic alto sax and wooden flute, both of which have a slightly offbeat sound – but one that's surprisingly warm, which makes the album one of his most sensitive and soulful sessions ever! The tunes are a mix of standards and originals – and there's a wonderful sense of balance here – sounds that are sometimes more inside than other records from Lasha, but which have a really Dolphy-like sense of expression – right at home amidst a wider history of jazz, yet also reaching for new ideas at the same time. Pure genius throughout, and a record that was never made available to audiences in the US. Titles include "Nuttin Out Jones", "Impressions Of Eric Dolphy", "Out Of Nowhere", "Just Friends", "Body & Soul", and "Everything Happens To Me".  © 1996-2023, Dusty Groove, Inc.
(On the Dusty Groove label.)