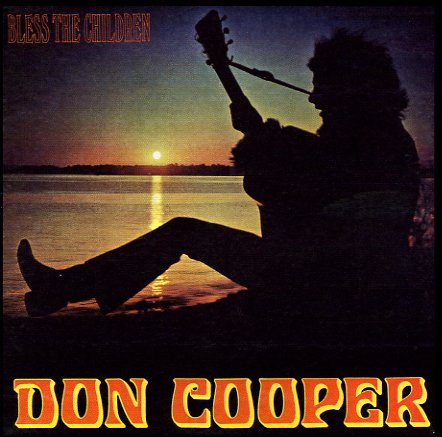 A folk funk classic from Don Cooper – a folksy player at heart, but one who always manages to bring a gentle groove to his music! The set's got a spare sound that's totally great – vocals and guitar from Don, plus second guitar from Elliot Randall – and support from other light instrumentation on flute and violin, used in ways to bring a lyrical sweetness to the tunes that we really love – not exactly in Nick Drake territory, but a similar sort of sweetening! Rhythms are often more heavy on the acoustic basslines than the drums, which gives them a bottom-up sort of groove – warm and mellow, but with wonderfully funky moments. Titles include "Bless The Children", "Mad George", "Tell Me About Her", "Willy Jean", "Sad-Eyed Queen Of The Mountain", "Brotherlove", "A New Gun", "Only A Dream", and "Tin Cans & Alleyways".  © 1996-2021, Dusty Groove, Inc.

Getting Used To The Blues – The Melvin Endsley Anthology
Jasmine (UK), Late 50s/Early 60s. New Copy
CD...$15.99 16.99
The overlooked country music legacy of Melvin Endsley – an artist who's maybe known for some of the big hits he penned in the 50s, but a pretty great singer on his own – even though he never fully got his due! In a way, Melvin's a bit like Harlan Howard – an artist with a great ... CD

Sweet Rosie Jones
Capitol/Omnivore, 1968. New Copy
CD...$15.99 16.99
Buck Owens and his Buckaroos at the top of their game – one of the sharpest country music acts at the end of the 60s, and still as brilliant here as they were when they first burst on the scene! In fact, the quality of Buck's work is often so strong, it's easy to miss – maybe in part ... CD