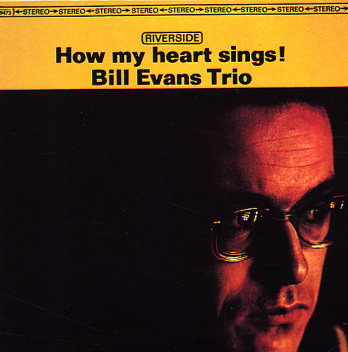 Portrait In Jazz
Riverside/OJC, 1959. New Copy (reissue)
LP...$21.99 22.98 (CD...$5.99)
A classic set to feature the Bill Evans Trio with the great Scott Lafaro on bass and Paul Motian on drums! Listening to the set we're reminded of what always brings us back to Evans' playing – a quality that's often described as moody, but which is really is quite spry and lively throughout ... LP, Vinyl record album

Cookin' With The Miles Davis Quintet
Prestige/OJC, 1957. New Copy (reissue)
LP...$21.99 22.99
A seminal set from the young Miles Davis – working here on one of his legendary pairings with tenorist John Coltrane, who's equally important to the sound of the session as Miles! Tracks are long, and mix up some modern modes with remade ballads – both sublime expressions of the new ... LP, Vinyl record album