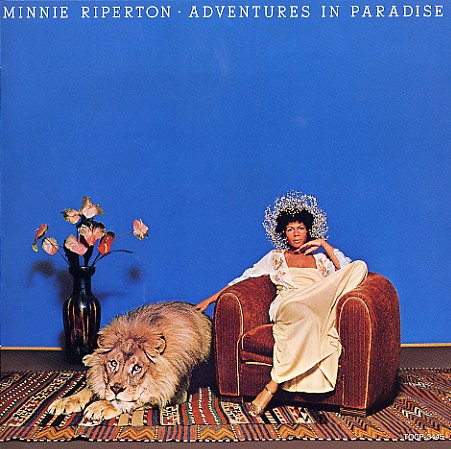 Maybe our favorite-ever album from Minnie Riperton during the 70s – a sweet, smooth jazzy gem that really makes some of the best use of her vocals! There's a sophistication here that's a great 70s counterpart to Minnie's earlier work with Charles Stepney – served up here in a very different style, but one that really sets Riperton apart from any of her contemporaries – in a unique blend of soul, jazz, and much deeper spirits – all handled with the sense of pride and style you'd expect from Minnie's image on the cover! All tracks were co-written by Riperton and Richard Rudolph – and a few get some great help from Leon Ware too. Titles include the massive track "Baby, This Love I Have" – a slow funk number that's be sampled many times over the years – plus the spacey tunes "Minnie's Lament", "Inside My Love", and "Alone In Brewster Bay", remade from Minnie's first LP – and the titles "Simple Things", "Feeling That Your Feeling's Right", and "Don't Let Anyone Bring You Down".  © 1996-2021, Dusty Groove, Inc.
(Orange label pressing. Includes the lyric sleeve. Cover has ring and edge wear, light staining on the edges, and some aging.)

Stronger Than Pride
Epic, 1988. Very Good+
LP...$34.99 (CD...$3.99)
Another nice one from Sade – perhaps not as edgey as some of her earlier work, recorded in a slightly smoother style, but still quite nice to our ears – as Sade's always been a pleasure, no matter what the setting! Includes the nicely grooving "Nothing Can Come Between Us", ... LP, Vinyl record album