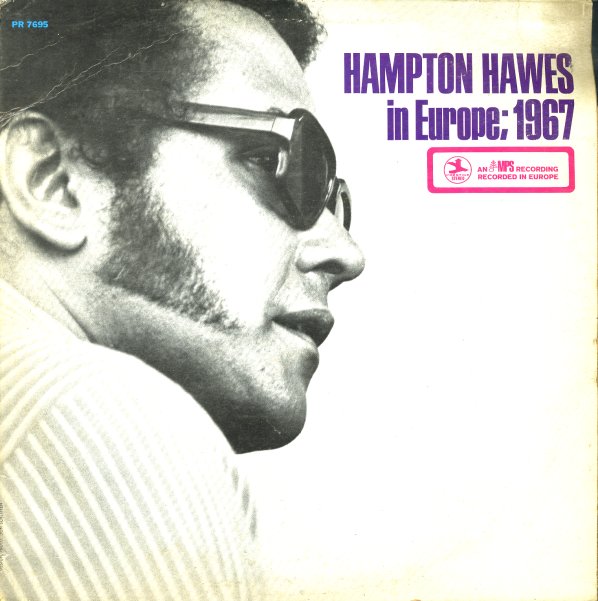 A Prestige pressing of this rare German MPS session by Hampton Hawes – recorded in trio format with backing by two of Europe's best rhythm players, bassist Eberhard Weber and drummer Klaus Weiss – and in a groove that's really wonderful! There's a great tone to the record that's evident from the very first note – a warmth, and almost bell-like quality that we don't always remember from other Hawes albums, and which makes this one really special. The rhythm section is heard here in rapt reverence to Hampton's work on the keys, but still with enough of a force to color in the record with their presence, especially in the case of Weber's bass. Titles include some tasty originals – like "Villingen Blues", "Rhythm", "Sonora", and "Black Forest Blues" – plus versions of "Autumn Leaves" and "I'm All Smiles", "What Is This Thing Called Love" and "My Foolish Heart".  © 1996-2020, Dusty Groove, Inc.
(Blue label pressing. Back cover has a bit of light aging.)

Day In Copenhagen (MPS)
MPS, 1970. Near Mint-
LP...$9.99
A tremendous European meeting of tenorist Dexter Gordon and trombonist Slide Hampton – brought together in this impeccable sextet session for MPS – a real standout in the label's straight jazz catalog over the years! By the time of the set, Gordon had been working heavily in Europe, ... LP, Vinyl record album