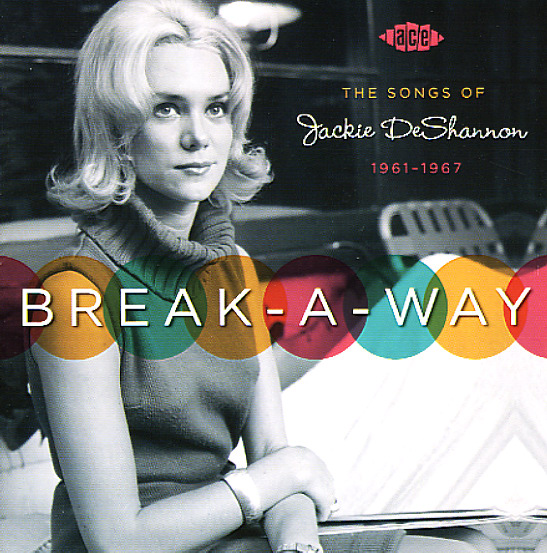 Breathtaking 60s pop, soul & rock tunes penned by Jackie DeShannon – a wide range of glorious singles from Irma Thomas, The Fleetwoods, Helen Shapiro, Barbara Lewis, Duane Eddy, The Concords, The Byrds, Peggy March and many more! Jackie's is an amazing story – starting out as a TV friendly hillbilly & rockabilly pop singer in the late 50s, and going on the be a hugely successful songwriter in the 60s for a wildly diverse pool of singers – from folk pop, to stomping pulpy rock of the Lee Hazlewood and Jack Nitzsche school (the latter a frequent collaborator), to r&b fueled vocal tunes, Jackie wrote all kinds of great stuff, and kept recording to boot. This set couldn't be more appealing, and it's a lovely tribute to a great talent! 27 tracks: the fiery "Break-A-Way" by Irma Thomas, "Woe Is Me" by Helen Shapiro, "Guitar Child" by Duane Eddy & The Rebelettes, "Thank You Darlin'" by Rick Nelson, "Don't Doubt Yourself Babe" by The Byrds, "Stop That Girl" by Barbara Lewis, "I Remember The Girl" by The Bandits, "Only You Can Free My Mind" (previously unreleased demo) by Jackie DeShannon and much more.  © 1996-2020, Dusty Groove, Inc.