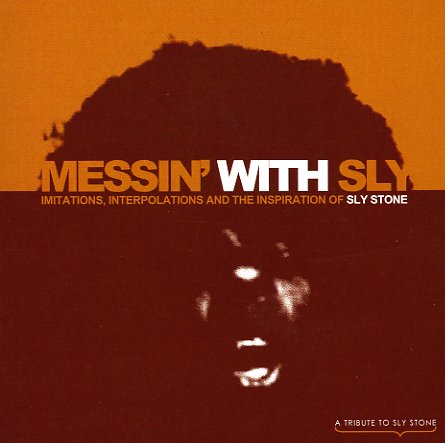 Wickedly funky reworks of classics by Sly & The Family Stone – most of which are harder-hitting than the famous original versions! The package is a great assemblage of lesser-known cover versions – many of which are done in rough-edged, deep funk modes – not just by American groups, but from artists around the globe – showing the far far reach of Sly's music, even in the early days! The language is sometimes changed in the lyrics, but the grooves are totally universal – the chopped-up funk that Sly Stone and the Family cooked up in the SF scene of the late 60s – served up here in a wide variety of groovy new versions. Titles include "Sing A Simple Song" by Tomorrow's Children, "Thank You (extended album version)" by Kashmere Stage Band, "Stand" by He 6, "Thank You" by Blue Star Gang, "Everyday People" by Sacramento Senior High School 1970, "Family Affair" by Jimmy Stone, "Remember Who You Are" by Breakestra, "Are You Ready" by LA Carnival, "Loose Booty" by Horizons High School Band, "Sing A Simple Song' by Donald Seward, "Messin With Sly" by Hot Chocolate, and "I Want To Take You Higher" by Gougoush.  © 1996-2022, Dusty Groove, Inc.