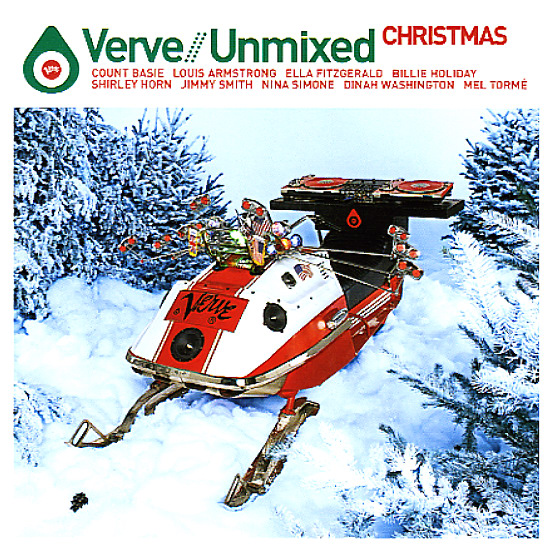 The roots of the Verve Remixed Christmas album – but a set that stands strongly on its own as a sweet batch of classic Holiday tunes! Most of the numbers here are jazz and vocal chestnuts pulled from the Verve catalog of the 40s through the 60s – and although most are familiar, they're put together nicely – with the same sort of hip undercurrent that informs the remix project. Titles include "Chilly Winds" by Nina Simone, "Good Morning Blues" by Count Basie, "Zat You Santa Claus" by Louis Armstrong, "Winter Wonderland" by Shirley Horn, "God Rest Ye Merry Gentlemen" by Jimmy Smith, "I Am Blessed" by Nina Simone, "Silent Night" by Dinah Washington, "What Are You Doing New Years Eve" by Ella Fitzgerald, "I've Got My Love To Keep Me Warm" by Billie Holiday, "The Christmas Song" by Mel Torme, and "What A Wonderful World" by Louis Armstrong.  © 1996-2021, Dusty Groove, Inc.

More Sounds Of Christmas
Argo/Verve, 1964. New Copy
CD...$6.99 13.98
Ramsey Lewis had such great success with his first album of Christmas instrumentals for Chess Records, he soon hopped back in the studio for a second record – but one with a very distinct difference! This time around, the trio's a bit unusual – in that it features regular bassist Eldee ... CD