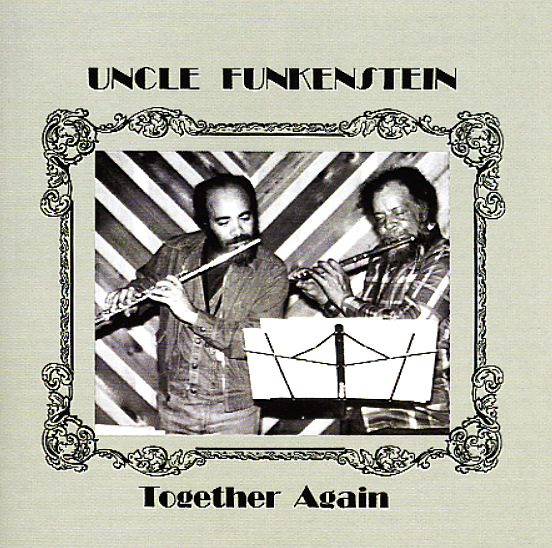 An amazing bit of funky jazz – recorded in the Indy scene of the early 80s, but with enough raw power to blow away most soul jazz sides of the 70s! The album's filled with massively funky bass – played by key group member Larry Ridley, who brings amazing energy to the core "Uncle Funkenstein" jam that the album's best known for! The tune's an extended workout with a choppy, funky groove – started by bass, peppered with percussion, and really brought home with instrumentation that features group leader Russell Webster on tenor, James Spaulding on flute, Clifford Ratcliff on trumpet, Melvin Rhyne on piano, and Alonzo Pookie Johnson on additional tenor. Given the presence of both bigger names like Ridley, Spaulding, and Rhyne on the set – and that of local players under the direction of Webster – the record's a great bridge between the larger jazz community at the time and some of the key local scenes in which players would retreat and cook up even greater music. A few tracks on the album are a bit more conventional, or a bit mellow – but overall, the record's filled with plenty of soul, and more than enough funky power to live up to the group's name! Titles include the jamming "Uncle Funkenstein", "Unkle Funkenstein (part 2)", and "Uncle Funkenstein (cont)" – at 30 minutes, way more of the "Uncle Funkenstein" jam than appeared on the Luv N Haight reissue years back. Other titles include "Together Again", "Blue Robe", "Where Does life Come From", "Rock My Cradle", "Third Bosinova", and "500 Finished".  © 1996-2021, Dusty Groove, Inc.