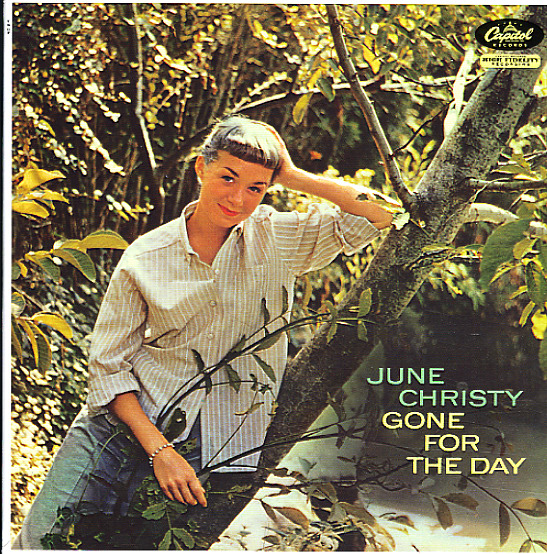 Gone For the Day

That's "gone" – as in the way June Christy really sends us – vocals that take us to a place that few other 50s singers could ever hope to reach! June's work here is a masterpiece of melancholic understatement – far less overblown than some of her pop contemporaries, but also filled with feeling in a way that's different from some of the other icy singers of the time. A big part of the album's strength lies with arranger Pete Rugolo – who gives June here some of the same dark corners and modern elements you'd find in her classic Something Cool album – which really hits the right sort of emotion for Christy. Titles include "When The Sun Comes Out", "It's So Peaceful In the Country", "When You Awake", "Lazy Mood", and "Interlude".  © 1996-2021, Dusty Groove, Inc.
(Turquiose label pressing. Cover has light wear and some aging.)