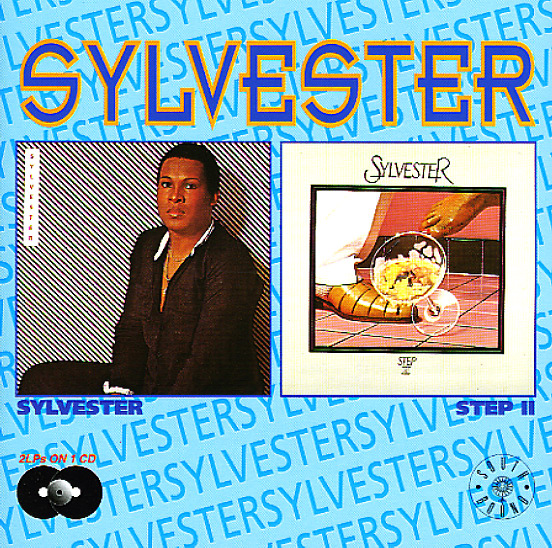 A massive double-header – one that features the first two Sylvester albums for Fantasy Records! First up is the self-titled Sylvester – a reworking of his older groove into one that we love more than any other that he ever used – a smooth modern soul style, not really disco, but with a driving approach that would certainly have worked well in the clubs! You gotta give Syl credit here – as it would have been easy for him to turn up the camp a lot in the 1977 disco days – but instead he's sticking strong to his soul impulses, and has come up with a wonderful album of tracks that's like the first Luther album – one that you can enjoy whatever your take on the man, without any introduction to his person or persona. Of course, a big part of the credit also goes to Harvey Fuqua – who's reemerged here from his years at RCA to produce the record – showing his always strong ability to seek out new talent, and bring out the best in them. Titles include "I Tried To Forget You", "Tipsong", "I Been Down", "Loving Grows Up Slow", "Never Too Late", and "Over & Over". Step II is probably Sylvester's biggest album for Fantasy – and for good reason too! The set pushes onto the dancefloor a bit more than before – often with some slight keyboard touches that hint at the Patrick Cowley years, but with none of the coldness of those records at all. The great Harvey Fuqua's producing here with Syl, and the sound is rich and bold – an even more prideful statement than Sylvester's first album on Fantasy. Two Tons Of Fun deliver some great backup vocals, and Cowley lays down a bit of keyboards – and titles include the all-time disco classic "You Make Me Feel Mighty Real", plus "Dance (Disco Heat)", "Just You & Me Forever", "Grateful", and "I Took My Strength From You".  © 1996-2023, Dusty Groove, Inc.

It Hurts So Good (expanded edition)
Spring/Southbound (UK), 1973. New Copy
CD...$7.99 14.99
An excellent early album from Millie Jackson – recorded in a southern soul style in New York and Muscle Shoals, but a lot hipper than most of the rest of the female soul that was coming out of the south at the time. For one thing, Millie was a bad mamma singer – rapping hard and ... CD