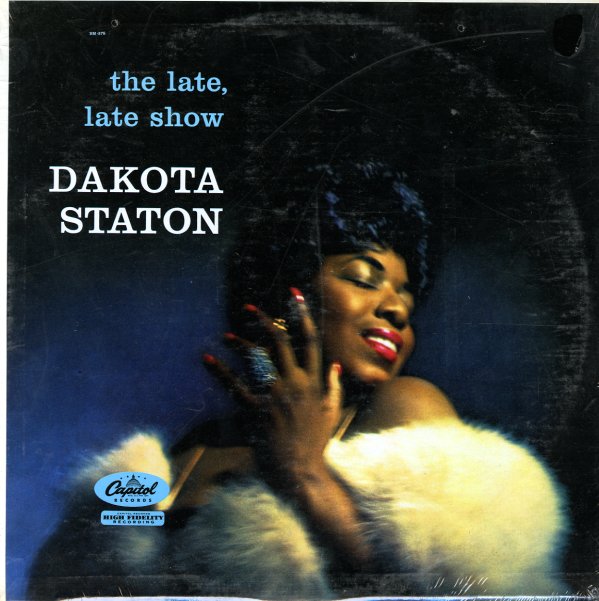 A Capitol classic from Dakota Staton – and the record that made her a real leading lady at the label in the years before Nancy Wilson's rise! The set's got a wonderfully laidback feel that's in keeping with the title, yet it also swings nicely too – kind of a new level of soul in jazz vocals that really points the way towards 60s recordings by Gloria Lynne, Etta Jones, and others. Backings are by Van Alexander, and include solos from Hank Jones on piano and Jonah Jones on trumpet – plus some great un-credited vibes and guitar – and titles include "The Late Late Show", "Give Me The Simple Life", "Moonray", "Ain't No Use", "Misty", "Summertime", and "What Do You See In Her".  © 1996-2020, Dusty Groove, Inc.
(Rainbow label pressing. Cover has light wear.)