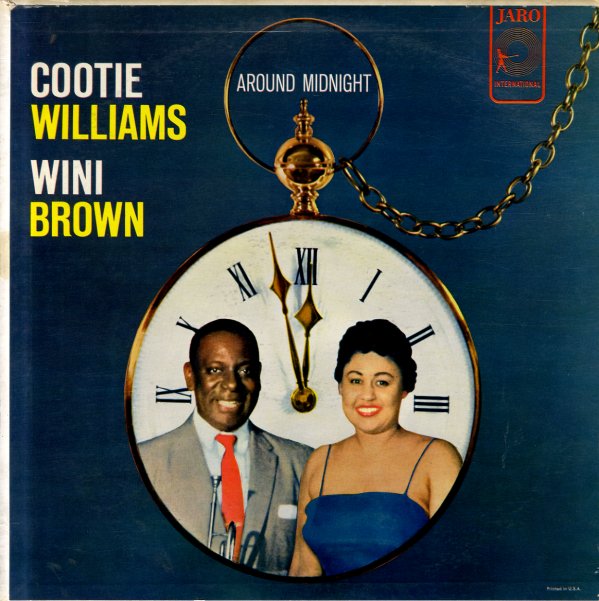 A cool session from Cootie Williams – working here as a vocalist as much as a trumpeter, often in the company of female singer Wini Brown! The set has both singers working together on some hip duets, then stepping apart and working on their own for some tracks too – an approach that's a bit like the Louis Armstrong/Ella Fitzgerald recordings over at Verve, but handled here with a bit more swing overall! Arrangements are by Quincy Jones, who knows how to make the record move nicely – and who also keeps things away from any too-hokey territory – and titles include "Around Midnight", "Bewitched", "That Old Feeling", "Goin Around", "Lover", and "Gone Again".  © 1996-2021, Dusty Groove, Inc.
(Mono white label promo with deep groove. Cover has a partially split top seam, but is otherwise in nice shape.)

Friends
Warner, 1983. Near Mint-
LP...$7.99
Larry Carlton's got plenty of great friends on board for this sweet session – including Michael Brecker on tenor, Joe Sample and Terry Trotter on Fender Rhodes, Paulinho Da Costa on percussion, and even BB King on guitar for one track! Yet the overall vibe is still very much Larry's own ... LP, Vinyl record album