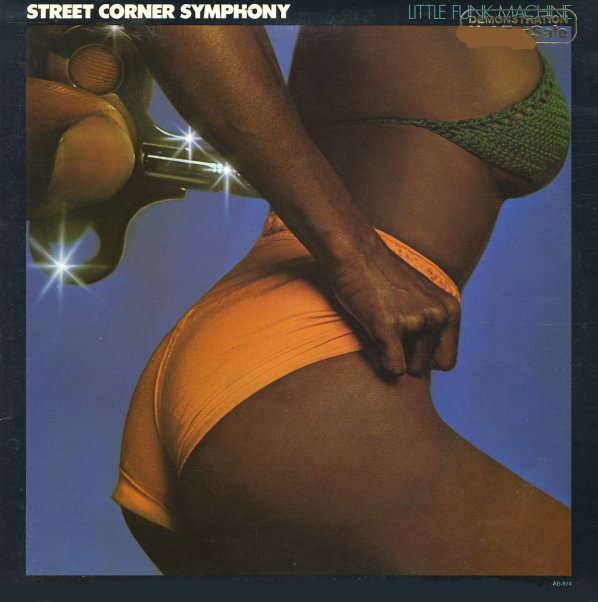 A very cool update of older vocal group modes – taken into sublime 70s territory with arrangements and production from Willie Hutch! Street Corner Symphony were part of the 70s doo wop revival movement – but unlike some of their acapella contemporaries, they were always happy to let in some other sounds on their records! In this case, Willie Hutch really makes things sound great – by backing the group's older style harmonies with some grooves that are right up there with Hutch's own best records for Motown – at times almost as funky as his famous soundtracks, at other points in a nicely clubby vibe with plenty of soul. Titles include "Street Corner Symphony", "Funk Machien", "We Got A Good Thing Going", "I'll Fly Away", "Come On Baby", and "No Game To Play".  © 1996-2022, Dusty Groove, Inc.
(Sealed 70s pressing! Cover has a cut corner.)

Parliament Live – P Funk Earth Tour
Casablanca, 1977. Very Good- 2LP Gatefold
LP...$19.99
Although these days, Parliament's best remembered for their classic studio albums, back in the 70s, the real P-Funk experience was the incredible live shows served up by George Clinton and the group! George, Bootsy, and the rest were undeniably at the top of their game at the time – rolling ... LP, Vinyl record album