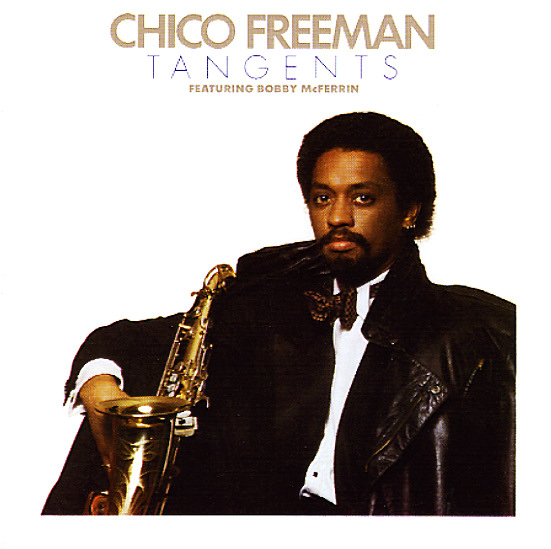 Surprisingly dark music for a mid 80s major label jazz album – especially one that features guest work from Bobby McFerrin! Chico Freeman's definitely keeping true to his adventurous roots here – blowing some sharply angular lines on a range of reeds, and exploring both older jazz freedoms and some newer 80s experimental moments – all in a lineup with Mark Thompson on piano, Steve Coleman on alto and soprano sax, Jay Hoggard on vibes, Cecil McBee on bass, and Billy Hart on drums. Kenny Werner plays a bit of synth at times – in some dark-toned 80s modes – and although Bobby McFerrin is billed strongly on the cover, the album only seems to feature a bit of his vocalizations. Titles include "Sangoma & Nelly", "You Are The One", "Spook & Fade", "Tangents", "Ballad For Hakima", and "Sir Tashi & The Yeti".  © 1996-2022, Dusty Groove, Inc.