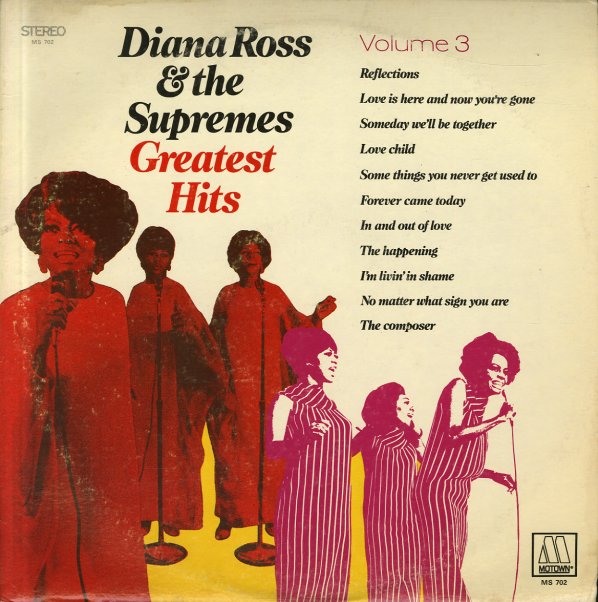 It's the third volume, but there's still plenty of hits left – thanks to the legendary 60s run of Diana Ross & The Supremes at Motown! Arrangers include Henry Cosby, Paul Riser, and Wade Marcus – and most of the tracks are from the later years of the original trio – with titles that include "Reflections", "Love Child", "The Happening", "I'm Livin In Shame", "No Matter What Sign You Are", "The Composer", "Forever Came Today", and "Love Is Here & Now You're Gone".  © 1996-2022, Dusty Groove, Inc.
(Sealed reissue copy! Cover has a cutout notch.)

Farewell – The Last Performance, Recorded Live At The Frontier Hotel, Las Vegas, January 14, 1970 (2LP Box Set)
Motown, 1970. Near Mint- 2LP Box Set
LP...$9.99
The final live performance of Diana Ross with The Supremes – with titles that include "TCB", "It's Alright With Me", "The Impossible Dream", "Someday We'll Be Together", and "Love Child" – as well as some spoken bits from Diana, and a ... LP, Vinyl record album