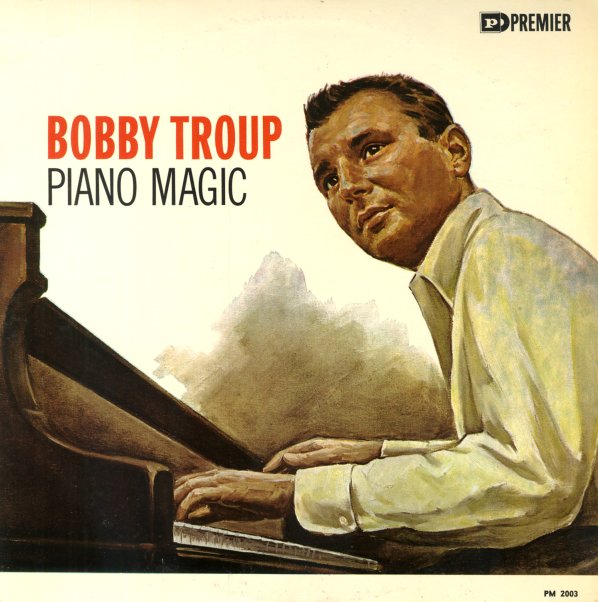 A rare all-instrumental outing from Bobby Troup – best known for his work as a singer and songwriter at the time! But like a number of Bobby's contemporaries on the male vocal scene, Troup was equally well-skilled at handling the keys – no doubt because he'd frequently be called to accompany himself when trying out a tune at session, or during a more intimate live performance. Here, the group's a larger one than might be expected – a septet that features horn work by Bob Enevoldsen, Stu Williamson, Ted Nash, and Ronnie Lang – all of whom are featured in some nicely arranged passages, but who often step aside to let Bobby have plenty of space to solo. And we've gotta admit, we like Troup's vocals so much we wouldn't expect his piano to be that entertaining – but he really sparkles with a lightly playful approach on tracks that include "Always", "I See Your Bass Before Me", "It Never Entered My Mind", and "Stella By Starlight".  © 1996-2020, Dusty Groove, Inc.
(Small red label stereo pressing.)