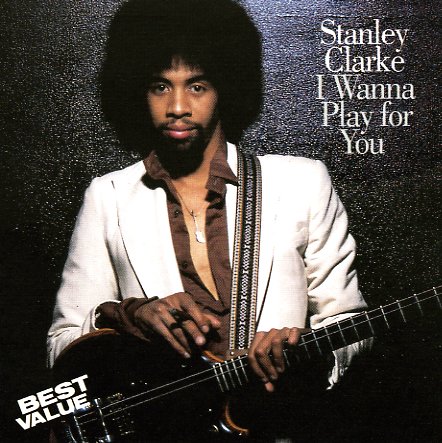 A wickedly funky album from Stanley Clarke – perhaps his most fully-formed album of the Columbia years, and a set that really brings together his jazz and soul styles! There's a definite R&B vibe going on, but it's also one that's still quite heavy on bass work from Stanley – a groove that's not far from Bootsy Collins at times, but perhaps with a bit more jazz inflections. Jamming is kept to a minimum, which is fine by us – and the album's filled with really tuneful tunes that have an almost George Duke-like appeal. Guests include Tom Scott and Stan Getz on saxes, George Duke on piano, Harvey Mason and Steve Gadd on drums, and Dee Dee Bridgewater on vocals. Titles include "I Wanna Play For You", "Just A Feeling", "Strange Weather", "My Greatest Hits", "School Days", and "Blues For Mingus".  © 1996-2021, Dusty Groove, Inc.
(Includes the printed inner sleeves. Cover has light wear.)