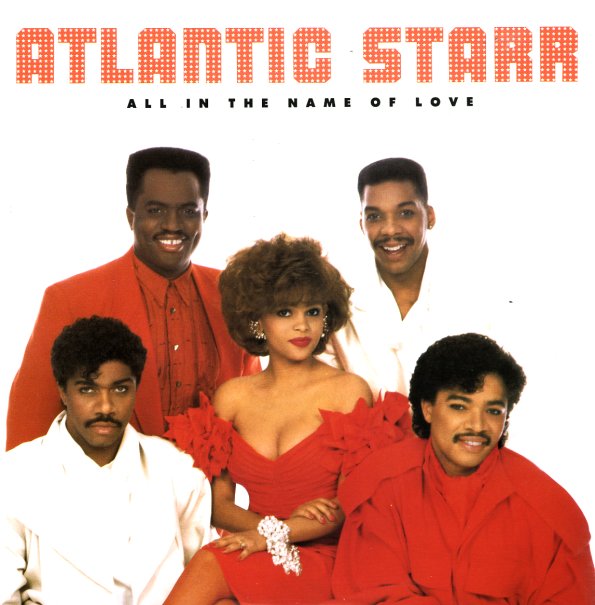 A mid 80s classic from Atlantic Starr – at the height of their catchy commercial fame – bouncing along with rhythms that crossover nicely to the mainstream, yet still keep a bit of their previous funky edge intact! The groove here is almost in the style that Atlantic Starr inspired in so many other younger groups in the earlier part of the 80s – although it's also a bit more polished too. Most instrumentation is electric, and tunes are mostly written by the team of David and Wayne Lewis – both of whom sing on the record. Barbara Weathers also handles female vocals, and titles include "Once Lover At A Time", "Let The Sun In", "My Mistake", "I'm In Love", "Always", "Don't Take Me For Granted", and a version of Sam Dees' "All In The Name Of Love".  © 1996-2022, Dusty Groove, Inc.
(Still sealed, with a cutout notch, some faded marker. Shrink is open on bottom corner.)

Gentleman Ruffin
Warner, 1980. Near Mint-
LP...$16.99
David Ruffin at Warner Brothers – a very good thing, thanks to some sublime production from Detroit soul legend Don Davis! As with other key productions in the 70s, Don pitches Ruffin with a sound that's smooth, but still has a great sense of humanity – a style that's a bit like late ... LP, Vinyl record album

Secret Combination
Warner, 1981. Near Mint-
LP...$9.99
Rich, proud work from Randy Crawford – sung with the mature mix of jazz and soul that made her one of the more sophisticated mainstream singers of her generation! The album's heavy on mellower cuts, but it's never too sleepy – thanks to a slow-burning sensibility that Randy uses to ... LP, Vinyl record album