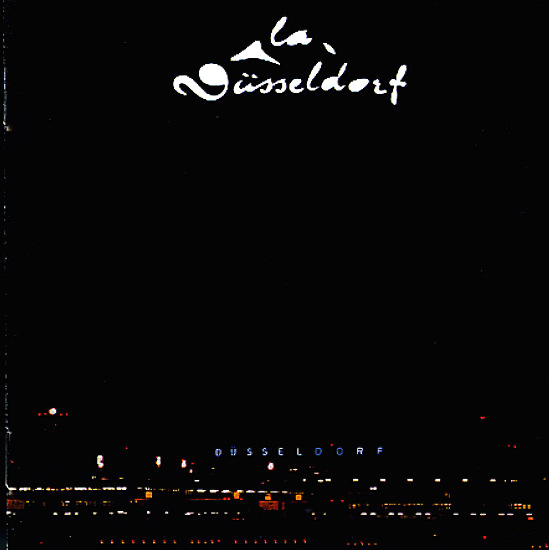 One of the hippest groups of the 70s German scene – and one of the few to break out of the prog underground and really have a larger global influence! This first set by La Dusseldorf is pure genius through and through – a spare trio set that's propelled along with simple, but effective drum work that set the tune for a whole generation. The drums are hardly the bombastic sort of more jamming albums from Germany, and they're neither the cool, laidback, "hardly there" sort you might find on other records – but instead a very basic approach to rhythm that's arguably post-punk years before its time! The album's four long tracks chug along in a hypnotically rhythmic way – never overindulgent, but always moving, always changing things up with subtle little touches. Vocals often take a backset to the music – which features guitars, keyboards, and added percussion. Titles include the landmark "Dusseldorf", plus "La Dusseldorf", "Silver Cloud", and "Time". Conny Plank produced, too – so you know the sound is great!  © 1996-2020, Dusty Groove, Inc.