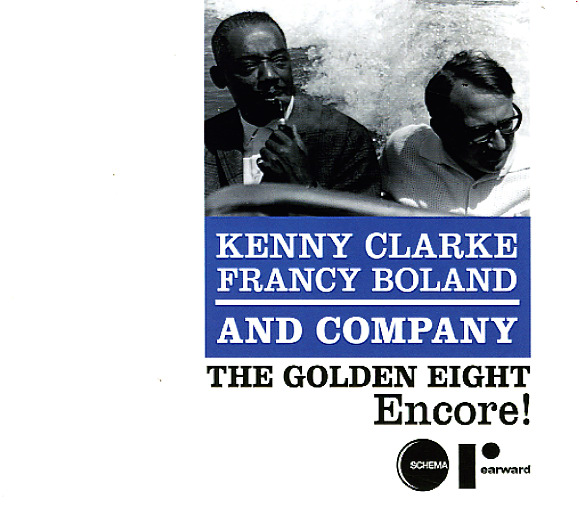 Way more than an "encore" of the legendary Clarke Boland album Golden Eight – and instead a whole different set of recordings, done way back in 1961, but unissued until now! The album's a killer through and through – every bit the same sort of gem you'd get with the early Clarke Boland albums of the pre-MPS years – extremely tight large ensemble jazz, driven with plenty of soul in the rhythm section, and swinging with some incredible solos that further deepen the sound! Right from the start, the pair were totally on the money – and work here with a lineup that's filled with key European soloists, including Dusko Goykovich on trumpet, Derek Humble on alto sax, Karl Drewo on tenor, and Fats Sadi on percussion – not to mention the core crack rhythm trio of Francy Boland on piano, Jimmy Woode on bass, and Kenny Clarke on drums. Titles include the great Boland originals "A Ball For Othello", "La Campimania", "You Dig It", "Pape Satan Aleppe", and "Free Wheel" – plus a great version of "Invitation".  © 1996-2022, Dusty Groove, Inc.
(Beautiful reissue – very heavy, almost Japanese-style – with a bonus booklet about Gigi Campi!)