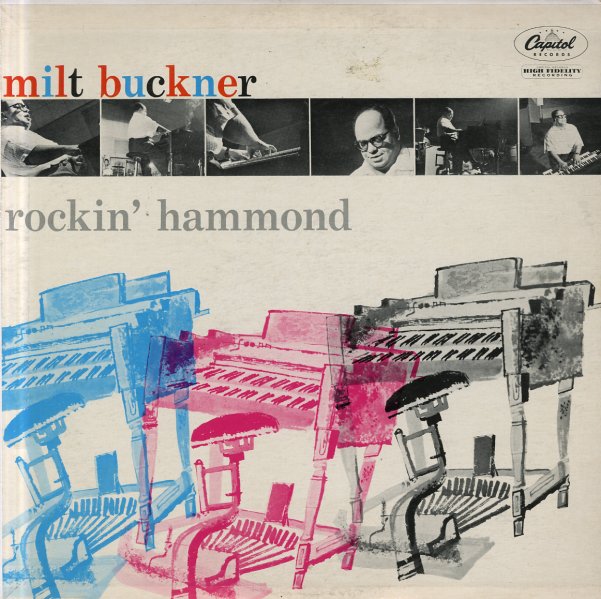 A grooving set for Capitol, and one that features Milt Buckner both on organ and overdubbed piano – a blend that's pretty darn great, and which makes for some real twin-keyboard frenzy! The tunes are often upbeat and with an undercurrent of R&B – and guitar is by Everett Barksdale and Mickey Baker, who both spice things up nicely. Titles include "Blue & Sentimental", "Mighty Low", "The Beast", "Wild Scene", "Count's Basement", "We'll Be Together Again", and "Jumpin At The Zanzibar".  © 1996-2021, Dusty Groove, Inc.
(Japanese teal label pressing on heavy vinyl! In a flip back cover, with a trace of a price sticker and some light wear.)