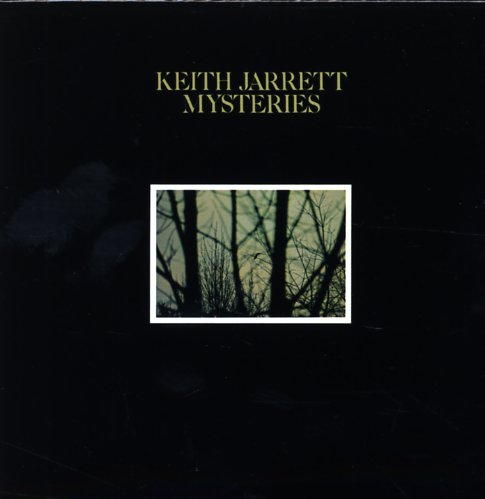 Also available
Keith Jarrett — Mysteries ... CD 8.99
Dark and moody work from Keith Jarrett – a record that builds strongly off his ensemble feeling of the Impulse years, but which also seems to carry a bit more of the introspective vibe he was building up in some of his more stripped down solo recordings! The group's still a great one here – with Dewey Redman on reeds, Charlie Haden on bass, Paul Motian on drums, and Guilhermo Franco on percussion – and the tunes, although long and somewhat free, still show Jarrett's great ear for a lyrical melody – carried off wonderfully without cliche, and still with more sharp edges than you might expect. Titles include "Rotation", "Everything That Lives Laments", "Flame", and "Mysteries".  © 1996-2023, Dusty Groove, Inc.
(White label promo, with Stereo stickers over the notice. Cover has a cut corner and is lightly bent a the sides.)