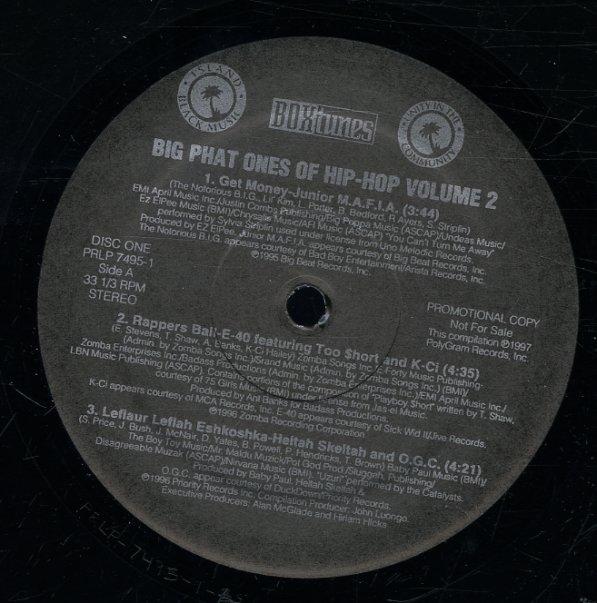 Tracks include: "Get Money" by Junior M.A.F.I.A., "Rappers Ball" by E-40 feat Too Short and K-Ci, "Leflaur Leflah Eshkoshka" by Heltah Skeltah and O.G.C., "Cell Therapy" by Goodie MoB, "In My Bed (So So Def Remix)" by Dru Hill, "Luchini aka (This Is It)" by Camp Lo, "I Get Around" by 2Pac, "Everyday & Everynight" by Yvette Michelle, "Tres Delinquentes" by Deliquent Habits, "5 O'Clock" by Nonchalant, "Gettin' It" by Too Short feat Parliament Funkadelic, and "The Crossroads" by Bone Thugs-N-Harmony.  © 1996-2021, Dusty Groove, Inc.
(In a stickered sleeve, with surface wear and a wrinkles.)