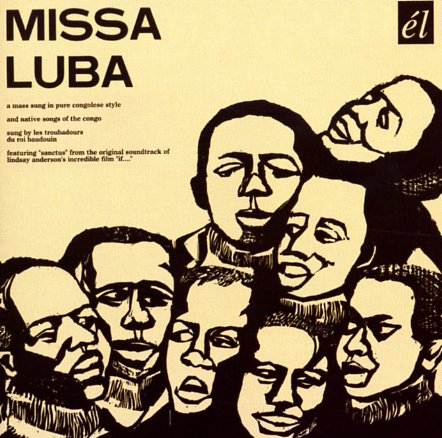 One of the biggest world music hits of the 60s – a unique album that mixes Congolese songs with a new interpretation of the Latin mass! Les Troubadours Du Roi Baudouin are an ensemble of young singers with a very joyous sort of feel – one that works equally well for the traditional numbers, and for the new recasting of the mass which takes up the second half of the record. Instrumentation is relatively spare – often just a bit of percussion underneath the soaring voices – and titles include the entire "Missa Luba", plus "Banaha", "Twai Tshinaminai", "Lutuku & A Bene Kanyoka", "Ebu Ewale Kemai", and "Dibwe Diambula Kabanda".  © 1996-2022, Dusty Groove, Inc.
(In the extravagant booklet cover, with light wear, small sticker spot, and hype sticker.)