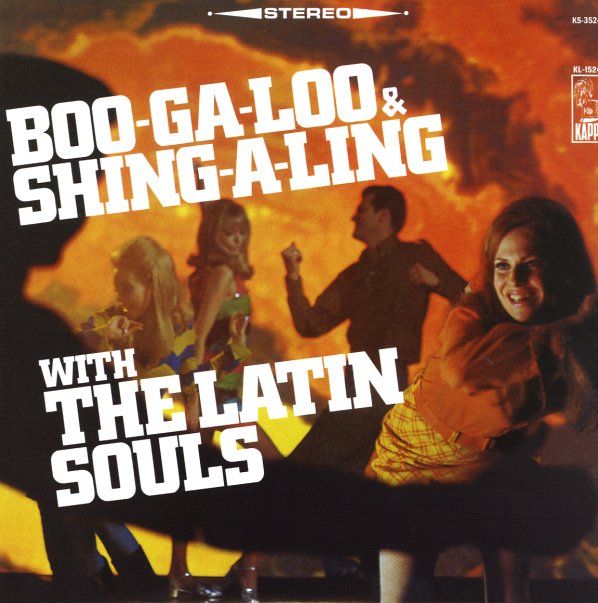 One of the grooviest groups of the Latin Soul scene – but they'd have to be, given their name! The Latin Souls are a vocal group with a really soulful feel – a great link between the earlier harmony sounds that were bubbling under in Spanish Harlem, and some of the hipper rhythms that were hitting the scene in the late 60s – particularly the two dance modes pushed strongly in the title of the record! Many of the cuts have a nicely dark undercurrent – a bit like the best work of Ralph Robles – but the harmonies give the record a somewhat more sincere feel too, with echoes of Joe Bataan in the mix. The whole thing's great – with production from Pancho Cristal that's right up there with his other great Latin sides of the 60s. Titles include "Guajira Controversial", "Que Va", "Hey Lulu!", "The Party Is Over", "Place In the Sun", "La Banda", and the slammin' "Latin Souls Descarga"!  © 1996-2022, Dusty Groove, Inc.