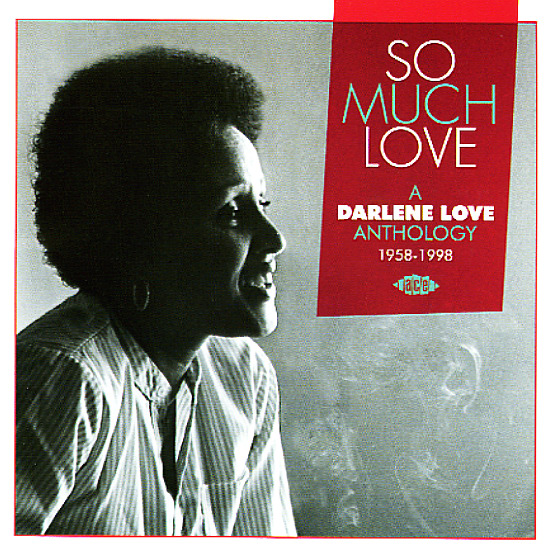 C'mon, you can never have too much Love – particularly the beautiful, soulful voice of Darlene Love – and this fantastic compilation from Ace puts together a diverse set of singles from the 60s & 70s, a few rare demos, plus hard to find tunes from earlier and later years! Darlene had an incredibly wide ranging career, from girl group leader, to in demand session singer, to Broadway star, but this set is heavily steeped in the soaring, beautifully arranged solo soul singles and remarkably diverse stuff with her group The Blossoms – plus some really cool session tunes with Dick Dale, Hal Blaine and others. Gorgeous! Titles include "That's When The Tears Start", "So Much Love", "The Gospel Truth", "Good, Good Lovin'" and more with the Blossoms, solo tracks "Too Late To Say You're Sorry", "Ooh-Wee Baby", "Let Him Walk Away", "Mr Fix It" and more, "King Of The Surf Guitar" with Dick Dale & The Del Tones, "Drummer Boy Plays For Me" with Hal Blaine, and much more. 24 tracks in all.  © 1996-2022, Dusty Groove, Inc.