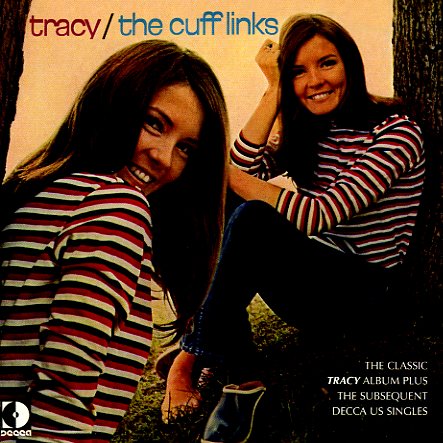 A beautiful bit of late 60s pop – featuring a harmony group who can really sing – a group who really hit big with the famous cover tune of the set, but who really sound wonderful throughout! The album was masterminded by the team of Paul Vance and Lee Pockriss – who wrote most of the tunes, and also arranged and produced – and the whole thing's got a no-filler feel that's really great, with loads of original tunes that really pull out the best of the group's great vocal sound. There's a definite Sunshine Pop quality to the record, but the vocals also hearken back to an even better-crafted era of pop – and the whole thing kicks off with the hit single "Tracy", then rolls into gems like "Where Did You Go", "All The Young Women", "When Julie Comes Around", "Lay A Little Love On Me", and "Early In The Morning". CD also features 6 bonus tracks that include "Run Sally Run", "Wake Up Judy", "The Kiss", "Thank You Pretty Baby", and "Robin's World".  © 1996-2022, Dusty Groove, Inc.

Help (Japanese paper sleeve edition)
Decca/Big Pink (South Korea), 1969. New Copy
CD...$18.99 22.99
The debut of Help, an obscure west coast trio with a nice mix of harmony vocals and rootsy guitar lines – maybe somewhere in the best post-hippie spirit of the Marin County scene of the time! Almost all material is original, and there's a nicely laidback vibe to the record – an ... CD