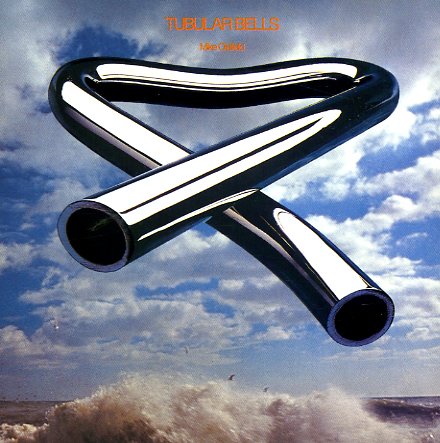 Easily one of the most successful albums of the British jazz rock years – but still a longtime favorite of ours as well! Mike Oldfield sets a whole new standard here for concept rock – not only by working on a single album-length composition that spans all of sides one and two, but also by playing all instruments himself – in a one man symphony of sound that's pretty darn great! The main theme of the piece will be recognizable from it's stripped-down use in The Exorcist – but we really love Oldfield's expansion on it here in a range of different overdubbed instruments, which are also sometimes processed – and then introduced by Mike in a spoken part that's one of the highlights of the album.  © 1996-2021, Dusty Groove, Inc.
(US pressing with RI suffix. Cover has some surface wear and moderate edge wear.)

Hergest Ridge
Virgin, 1974. Very Good+
LP...$9.99
A beautiful follow up to Tubular Bells by Mike Oldfield – even if the slow building success of that classic first album ended up literally bypassing the newer Hergest Ridge on the charts at the time! Hergest Ridge, like its famous predecessor, it's the album is of a piece, in 2 parts, and ... LP, Vinyl record album

Fascination
Virgin/A&M, 1981/1982. Very Good
LP...$4.99
Some great early 80s pop groove material from Human League – less of the colder synth of before, and more of the warmer soul-based sound that worked surprisingly well for the group! The EP features a number of tracks that fell between the LPs – including the extended version of their ... LP, Vinyl record album