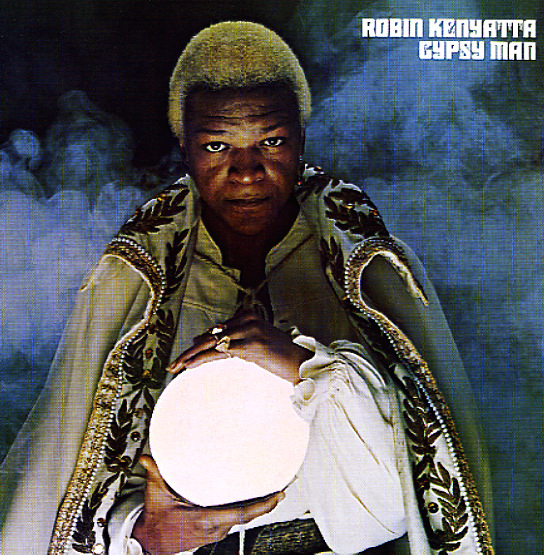 Also available
Robin Kenyatta — Gypsy Man ... LP 4.99
Sweet electric funk from Robin Kenyatta – but a set with some slightly complicated moments too! The album's a bit like some of Yusef Lateef's more electric moments on Atlantic, although probably not as cerebral overall – and Robin plays a range of reeds, including alto, flute, and soprano sax – the last of which is the best fit for the record, as Kenyatta plays it with a nicely snakey sort of style! Most tracks have a strong mix of keyboards and guitar – the former played by either Larry Willis or Pat Rebillot, the latter by David Spinoza or Keith Loving. Stanley Clarke plays bass on most of the set, and there's definitely some of his influence going on here too – and one track features added vocals by Robin and Lalome Wahsburn. Deodato arranged a version of "Last Tango In Paris" – and other titles include "Gypsy Man", "Melodie Chinoise", "Werewolf", "Another Freight Train", "Seems So Long", and "Reflective Silence".  © 1996-2022, Dusty Groove, Inc.