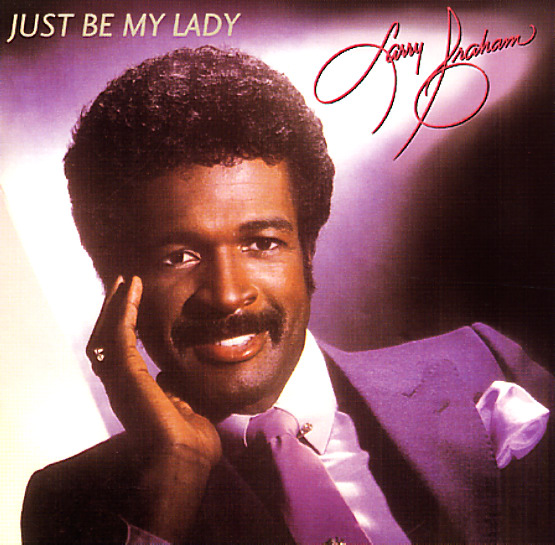 Just Be My Lady

A classic set of ballads and mellow soul numbers from Larry Graham – quite a change from some of his funkier work, and a nice step forward in his growth as a singer! Larry's voice is deep and round on most tunes – a classic baritone approach that almost goes back to jazz vocalists of the postwar years at times. But at other points, there's more of a contemporary feel to the work – a sound that helped Graham cross over big with this record, and reach audiences who might not have picked up some of his more groove-based sets. Instrumentation is sometimes full, but often laidback – and titles include "No Place Like Home", "Feels Like Love", "Remember When", "Just Be My Lady", "Guess Who", "Our Love Keeps Growing Strong", "Can't Nobody Take Your Place", and "Baby You Are My Sunshine".  © 1996-2022, Dusty Groove, Inc.
(Cover has a cutout notch, light wear and aging, and some notes in pen on the back.)

Sooner Or Later
Warner, 1982. Near Mint-
LP...$6.99
Sweet modern soul from Larry Graham – a set that's miles from his earlier work, but in a great way that really shows him stretching out in new directions! In keeping with the times, the grooves here are often heavy on the beats, bass, and keys – fused together especially nicely on some ... LP, Vinyl record album